The crisis in Venezuela threatens to disrupt the global oil market, but OPEC has a much stronger base of spare capacity that offers a “supply cushion,” according to a new report from the International Energy Agency (IEA).

“Although there are signs that the situation is improving, the degradation of the power system is such that we cannot be sure if the fixes are durable.

Until recently, Venezuela’s oil production had stabilised at around 1.2 mb/d,” the IEA said in its March Oil Market Report. Independent analysts have estimated that Venezuela’s oil exports may have temporarily plunged as low as 500,000 bpd after ports and other oil operations went offline due to the blackout.

The electricity losses have been mitigated somewhat in recent days, and a key oil export terminal recommenced operations, but the threat to supply is significant.

Nevertheless, for the global oil market, the disruption does not present an apocalyptic scenario because OPEC has plenty of oil sitting on the sidelines to handle any lengthy outages from Venezuela’s 1.2 mb/d of production.

“As it happens, 1.2 mb/d is also the size of the output cuts agreed by OPEC countries and some non-OPEC producers,” the IEA wrote. “Due to the cuts, OPEC members are sitting on about 2.8 mb/d of
effective spare production capacity (Iran and Venezuela are excluded from the calculation), with
Saudi Arabia holding two-thirds of it.”

By backing out 1.2 mb/d of production, OPEC has tightened up the market. But it also rebuilt spare capacity. So, while the oil market is tightening, and a deficit is looming, the spigot can be turned back on.

It’s the exact opposite scenario of last summer, when OPEC was producing flat out, helping to add barrels onto the market, but burning through spare capacity.

Moreover, as the IEA notes, the quality of production that is being held on the sidelines by Saudi Arabia and its Gulf allies is similar to that of the heavy oil in Venezuela.

“Therefore, in the event of a major loss of supply from Venezuela, the potential means of avoiding serious disruption to the oil market is theoretically at hand,” the IEA said.

Even so, the market has been tightening. Demand has been “solid” at a time when OPEC has been keeping barrels off of the market. The IEA sees a surplus in the first half of 2019, but a deficit of about 0.5 mb/d in the second half.

The IEA said that rising U.S. oil exports also offers another layer of global supply security. “This year US seaborne oil trade will move into surplus with net exports rising to nearly 4 mb/d of by 2024.

The rising profile of the US not only brings greater choice to consumers, but, crucially, it enhances security of supply, especially when, as now, there are heightened geopolitical concerns,” the IEA wrote.

The sanguine tone is rather notable, given that oil prices have jumped to their highest levels in four months.

After last year’s experience, it would seem likely that OPEC would be hesitant to abandon the production cuts too early. In June 2018, that’s exactly what they did, expecting a deficit to overwhelm the market.

After ramping up supply, the market crashed at the end of the year, though much of the blame can be pinned on the Trump administration for over-hyping supply losses from Iran.

This time, Saudi Arabia will likely be more willing to let the market overtighten rather than return supply to the market too soon. “The OPEC Secretariat called upon oil producers yesterday to prevent another oversupply this year at all costs,” Commerzbank wrote in a note to clients on Friday. “This sounds like an appeal to extend the production cuts – which will expire mid-year – until the end of the year. 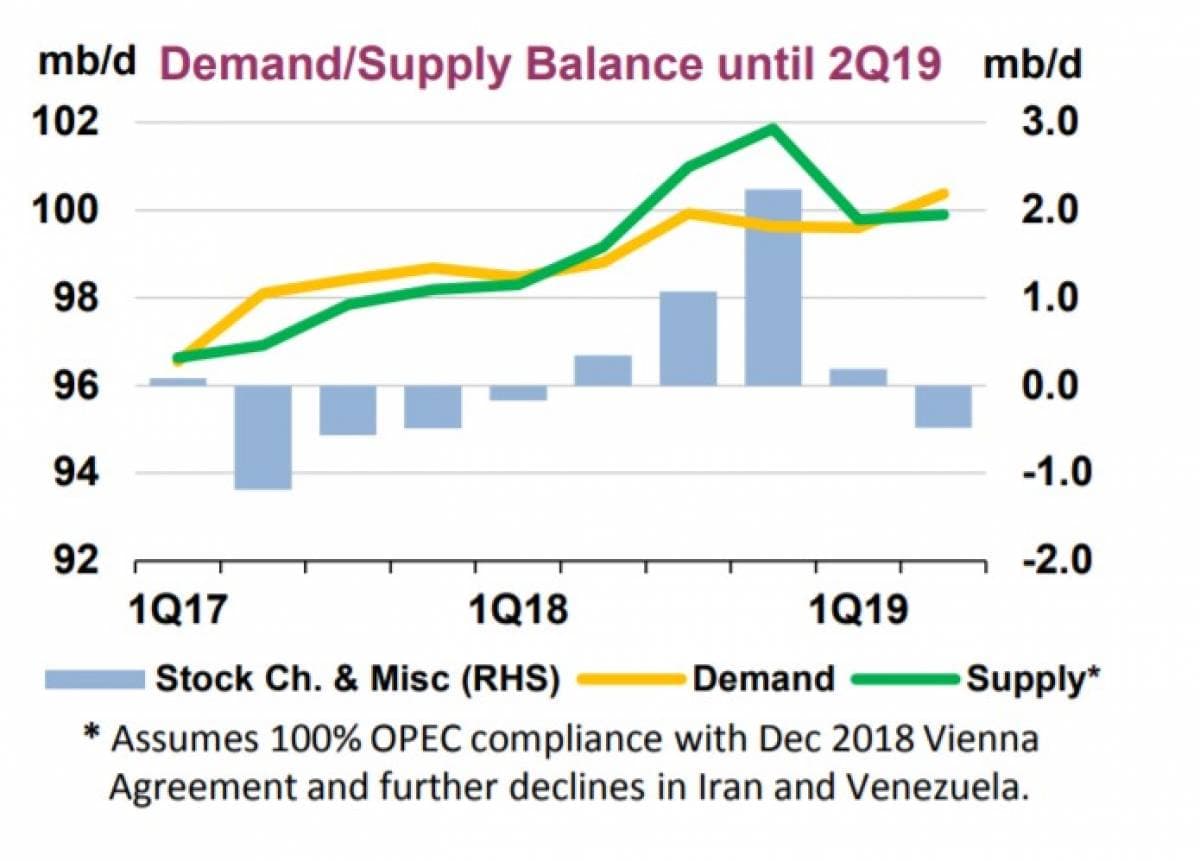 Global FDI to drop by up to 40 per cent due to coronavirus, UN report says

Global FDI to drop by up to 40 per cent due to coronavirus, UN report says